It started because I was taking forever to get to the parts of RD where Pala and Fen became prominent. They are two of my most beloved characters and I was already drawing them constantly. I couldn't resist writing out their histories and interactions in some detail. Before I knew it, I had enough material to create a whole spinoff about them.

Back in early 2018, before TLLUT was even an idea in my mind, I did sketch out 8 pages of a comic depicting a now-scrapped version of how they met. 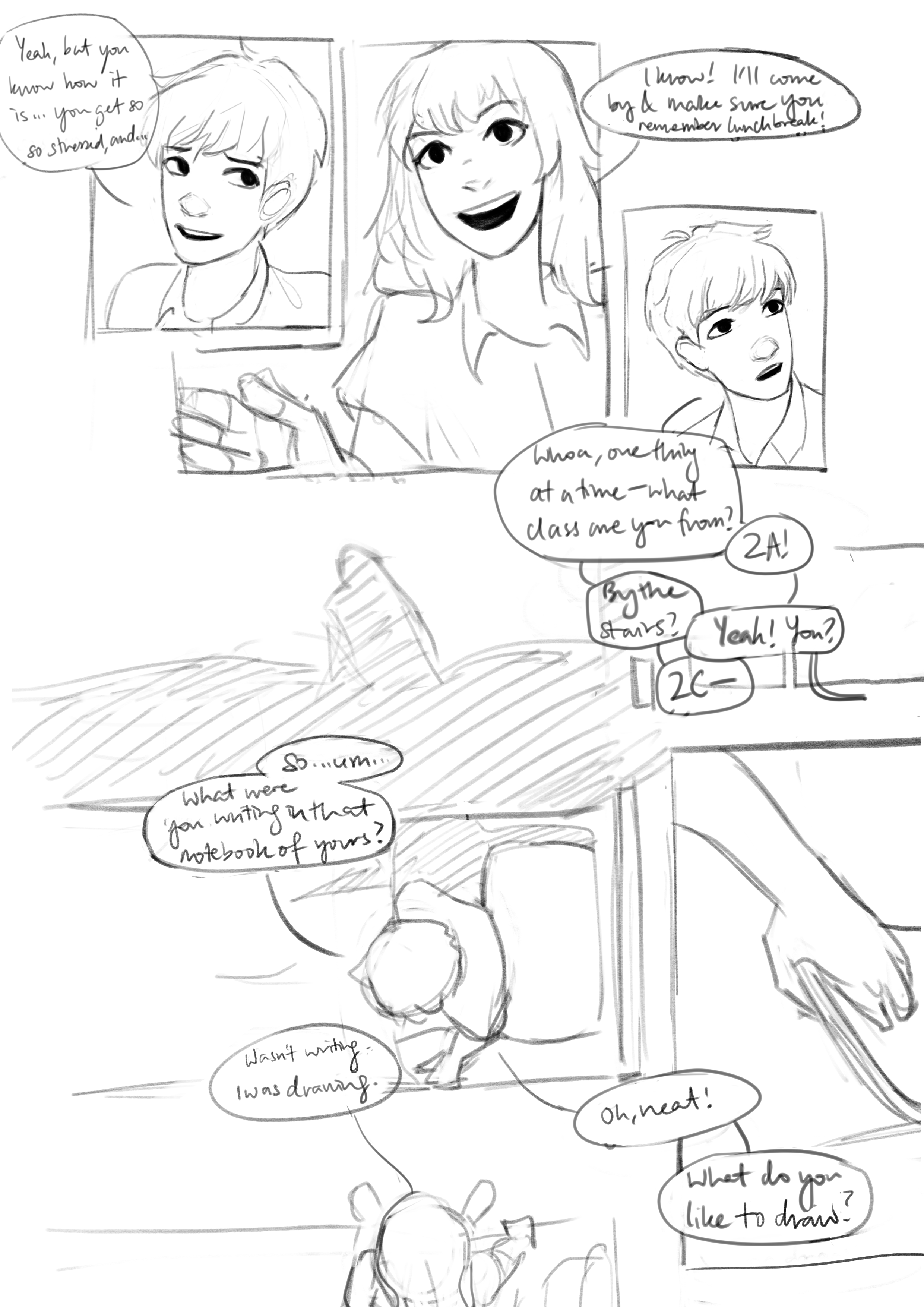 I'd always wanted to start a serial webcomic, but I knew I wanted it to be small and self-contained, so I had some hope of finishing it. Then it occurred to me that a spinoff of my web novel epic would be perfect—the perfect way to expend the immense energy I had for these characters and worlds, energy that at the time was emerging as countless drawings and paintings of them.

The original intro of the 8-page doodle stayed in initial versions of TLLUT's plot, but as I developed it, it changed to match the evolving tone and the shape of the characters' story arcs.

The story starts with Pala and Fen's very first meeting, and chronicles the development of their friendship.

In the course of the year I spent outlining and tweaking it, the story has become dear to me, and the content does get quite personal, drawing on some life experiences. But I won't say exactly how; I hope that the comic itself is able to convey that.

While the Revolving Door novel has fantasy and scifi elements out the wazoo, The Light Left Under Trees stays largely in the realm of realism, with very brief speculative elements that get mentioned but not commented on.